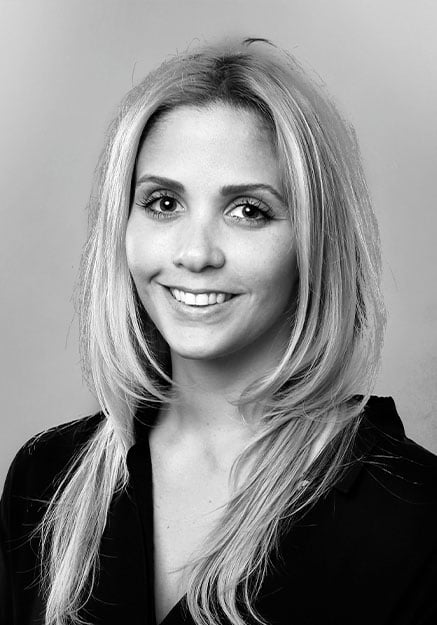 Ms. Allison Murray is the Chief Growth Officer at CheckAlt. Ms. Murray began her career in 2009 at Vintage Filings, an EDGAR-filing and financial print firm, as the Executive Assistant to the company’s co-founder and CEO, Shai Stern, where she developed a strong passion for entrepreneurship and business leadership.

In 2011, she was asked by Mr. Stern to join CheckAlt as a founding member to spearhead the development of CheckAlt’s corporate strategy and drive company initiatives in sales and marketing. Since then Ms. Murray has supported CheckAlt through multiple stages of growth, including its acquisition of ERAS from Diebold, Inc. in 2014, and Klik Technologies from MUFG in 2016. She has also assisted in generating new business strategies for CheckAlt through several fintech investments, including Bankjoy, a mobile banking platform, as well as with Mr. Stern’s investment in DoubleBeam, a mobile commerce company, which was successfully sold to Verifone in 2013.

Additionally, Ms. Murray supported Mr. Stern throughout his tenure as Co-Chairman of Vcorp Services, a state filing and corporate formation business, which was sold to Wolters Kluwer in 2016.